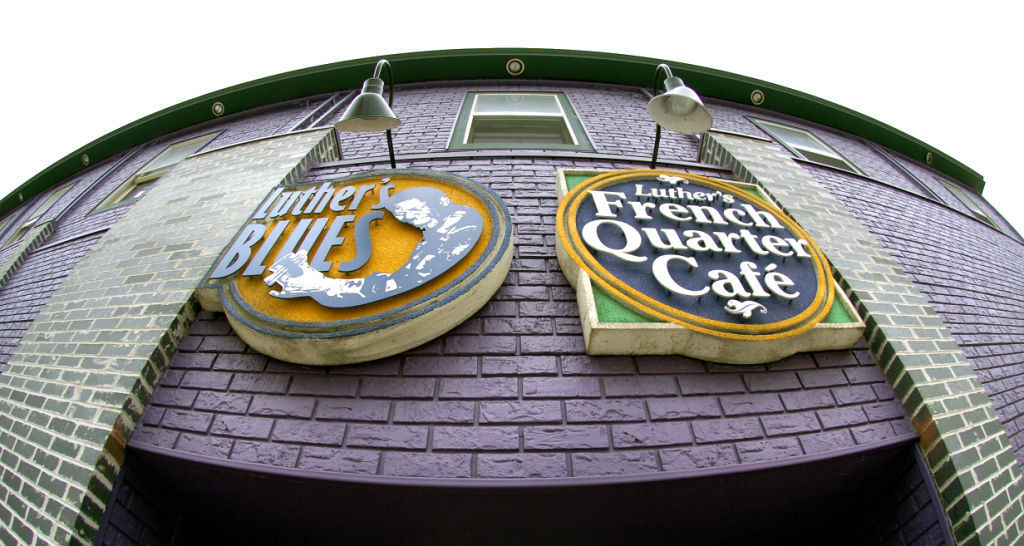 As I’ve been updating the website  I keep remembering stories that I want to tell you all. So here’s one. There used to be a restaurant/music venue in Madison called the French Quarter Café & Luthers Blues.  This post has to do with the guy by the name of Rich Peterson, he used to work there and do some promoting around Madison if you were around back in the day you know. If I remember correctly he went by uncle Richie. At least that’s what I called him. I was there one night I believe for the maximum Ink. Halloween party. I showed up early because I figured I was going to grab some dinner. I ordered a killer burger and a beer and tried to pay for it and he wouldn’t take my money which is cool. He also asked me why I hadn’t shown up to the last few shows he promoted. I said I was broke and didn’t have money to go to the shows he laughed at me and said listen man here’s how you deal with that if there’s ever a show you want to go to you just walk in the venue like you on the place. What do you know it worked. Thanks for the advice brother.