Original show history written back in the early 2000 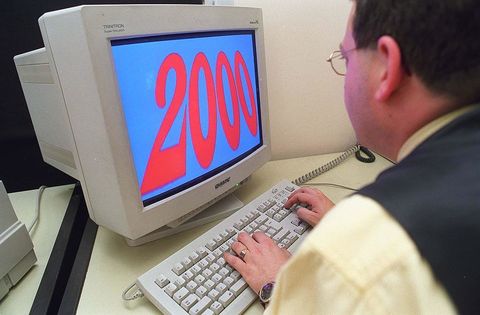 In 1996 (gee, waaay back then, sometimes I’m amazed that we haven’t gotten kicked off the air yet), I, Lucas the Prince of Darkness, started volunteering at WORT doing just about everything that I could possibly handle in hopes of getting on the air.  It just so happened that I was in the right place at the right time and hadn’t smoked too much of the sweet green leaf that day when my boss Sybil Augustine asked me to fill in on a Thursday night from 2-5AM so I did, scared out of my fucking mind, and had a blast.  I kept filling in for holidays and other events when I didn’t have school and then one day she came up to me and said “I have an open slot on Monday night from 2-5A, do you want it?”  So I went home and told my parents, didn’t ask, told them that I was going to do this and make it to school the next day.  They agreed to let me try it, I went to school the next day and talked to one of the guys that used to be in the band Channel 7 and asked him what the hell I should call my radio show.  He said I should call it The Tuesday Morning Aneurysm.  Thus it was born.

The first night on the air after getting the slot, I figured out I was after this Matt Myers and didn’t know anything about him other than he played heavy metal.  So I go in and figure out that he’s not there, he had some woman filling in for him.  A really cool woman, I grabbed a bunch of CDs, set them down and told her that I was going to go pass out on the couch until 2AM.  About 15 minutes after I laid down crazy Bill Norman came in and said “If you’re doing a show, I’m doing it with you.”

At which point I said, “Okay.”  I don’t remember much else from the show but the following week, I was introduced to Jamie AKA, “The Reverend James Phillip Lowden”.  So it was me, Crazy Bill, The Reverend and Padre the Good Lovin’ Sheep.  Three of the craziest high school students on the planet plus the coolest stuffed sheep ever with keys to a radio station that had many, many, many CDs at our disposal.  So what did we do?  We destroyed Madison.  Every Monday night.  ::Evil, maniacal, cackling laughter::  We played such things as Metallica, James Brown, Tool, Tool, Tool, and hey, a little bit more Tool.  We talked about everything from raping sheep (see, the sheep fetish has been deeply ingrained into the show) and just about anything else three horny guys from Madison would talk about.  Eventually it became one big fucking party where people like The Becca, Ryan Spar Collins, Elliot the Big Chief, Amy the Wolf and many, many many others showed up.

Jumping ahead to 1998 (the rest of the previous year is just one big blur “too many drugs, too little sleep, too much school”.), then I met of posse of women from Edgewood College.  One of them just happened to be Nelle, AKA Lady Eris AKA The Person with the Hammer, it just happened by some weird alignment of the stars or something, maybe it was too much drinking, that she started dating The Reverend.  She became a permanent fixture at the show (AKA the “Sleep, what sleep?” phase).  Such music as the Velvet Cactus Society was played until Luke put his fist down and said no.  We really ignored that for the most part and stuck it in when he wasn’t listening.  We also played a game where we tried to sneak Luke on the air when he was singing and broadcast it to the city of Madison.  We never said we were nice.  (The Velvet Cactus Society can best be described as They Might Be Giants on crack)

Once we got the core group of people down for the show, The Reverend, AKA The Webmaster for TMA started creating pages and man they were fucking weird.  We had amoeba porn on one of the pages.  Don’t ask, just accept.  We were a bunch of cracked people, well, we still are, but we were *really* cracked then.  An example of this insanity still exists.  We must put up a disclaimer since this is the page that nearly got us kicked off the air.  Also, this has NOTHING TO DO WITH WORT, in fact, not much we do has much to do with WORT.  http://tma.lovesmusic.com  Because we couldn’t find the original page that The Reverend did, my girlfriend at the time created this page.

Lets jump ahead a little bit, nothing really important or exciting happened until March of 2000.  In March of 2000 The Reverend left the Great City of Madison to program Java in Atlanta Georgia.  It was a very sad day.  At which point I went through 20 or 30 different cohosts.  None of them worked quite the same as The Reverend, I guess I’m saying that I miss the fuck out of him.  By this point, I had a very, very steady girlfriend.  But we won’t go into this because this is about The Show and not my sex life.  Then sometime in the winter of 2000 one of my friends from HS showed up at my shithole apartment and informed me that his father died on a Tuesday morning shortly after I got off the air of an aneurysm.  At which point I decided to change the name of the show to Rolling With Scissors.  I also had a new co-host Tom AKA Bob AKA I can’t remember, blame the sweet green leaf.  We were kickin’ it just us for a while, then random people started showing up again.  He decided to leave to pursue a career in molesting children, oops sorry, day care.  So now the show consists of me, Nelle, Mr Triple X, occasionally Miss Swan and Dr Evil, Crazy Bill (Still) and Dude.  The show is still pretty crazy, we still talk about sheep sex constantly and play fucking loud annoying music and try to piss off every top 40 station in town (Thank you Wigglestick) that in short form I guess is a history of The Show.