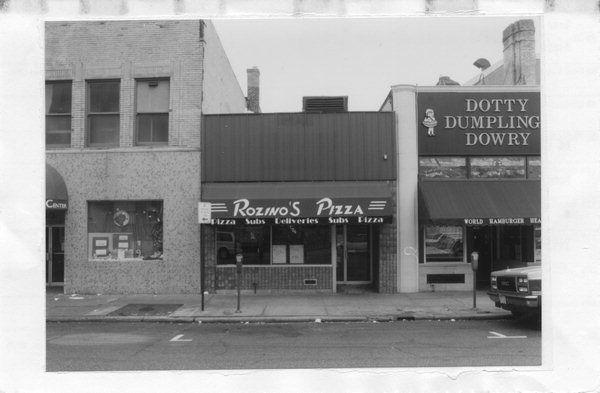 OK you’ve heard me talk about the loft in downtown Madison. I spent a lot of time there either doing sound or rocking out to local bands. Next-door was the best pizza joint in Madison for a ltime. It was called Rozino’s Pizza. In 1995 which was about the time when everybody my age got their license, I was going to go down and watch one of the bands. Because I didn’t drive I relied on my friends to help me get around. One day I made arrangements with my friend Lindsay and another friend of ours by the name of Melita to get to the show. I told my dad I was going and he asked me which one of the guys was coming to pick me up. I told him that my Friends Lindsay and Melita we’re coming to give me a ride and he said you’re going with two girls? At this point he opened his wallet and handed me $50 and told me that I should probably go buy some condoms, I laughed at him and said but it’s Lindsay and Melita I’m not really worried about that. I took the 50 bucks anyway. Now I will admit that I did have a huge crush on Melita but figured she was out of my league. I don’t believe I told either of them but I did go bye pizza for all of us from Rozino’s Pizza