The beginning of my involvement at WORT community radio. 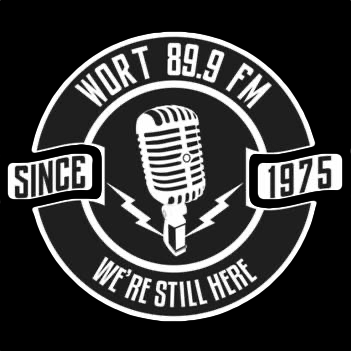 When you’re stuck in a wheelchair and can’t do the things that most able-bodied people can do, you tend to find things to occupy your time. I have always been into Music and use it as some sort of escape. I know you’ll say, “Well, I am in to music just to come and use it as an escape.”

I feel like I should explain a little bit: with all your friends, you can go ride a bike or play on the playground, but if that is not accessible, what do you do? You lose yourself in headphones.

In the early 90s I saw a movie called Pump Up The Volume, which was about a pirate radio DJ. Around this time Fisher-Price, yes the toy company, came out with this thing called the DJ machine, which was a cheap-ass microphone with a built-in little mixer and one tape deck. I talked about this device so much that for Christmas my parents went and bought me a real mixer and microphone to hook up to my home stereo…

I guess this is the point where Lucas the Prince of Darkness really started, way before I was even given the name. I would make tapes, a lot of tapes, of me introducing my CDs and records and force people to listen to them.

At the same time I was listening to a radio station in Madison called WIBA FM. There was a morning DJ on the station at that time by the name of Sly. My educational assistant set up a tour and meeting one day where I got to go check out the Station and talk to him. This was a cool experience but I do remember him being rather discouraging saying that I did not have a good voice for radio.

This did not stop me; I continued making tapes. At some point around this time, my father told me about WORT community radio:  if my memory serves me correctly, this was eighth grade. I remember going to WORT for a tour and an initial volunteer-orientation meeting.

If I remember correctly the FCC rules at that time stated that you had to be 16 years old to be on the air. Let’s fast-forward a little bit. When you get to high School freshman year, they start asking you what you want to do when you graduate. Most students have no idea what they want to do. I was always the one student with an answer. Honestly, I was discouraged: I was told SO many times, “You’ll never make enough money to survive” .

That statement was not enough to discourage me. The summer before my senior year I was in a work-experience program through my high school where are you had to choose a job and do it for the summer. One of my teachers got me an interview at WORT with Norm Stockwell, the Operations Coordinator at the time. A few of my jobs were labeling reel-to-reel tapes, answering the phones, and sorting CDs. Every time I would show up at the station I would take a tape of one of my pre-recorded shows with me and put it in the music directors mailbox.

I moved up the totem pole a little bit when I became a board operator for the Wednesday morning local NewsHour called the 8 o’clock Buzz. One night the music director Sybil Augustine had mentioned she needed a DJ to cover 2 AM to 5 AM and if I remember right it was the 4 July, which just so happen to be on a Thursday which is the night that she did her show.

To be honest I don’t remember much from that for show but I filled in off and on throughout the summer. Towards the end of August she came to me and asked me if I could fill-in for overnights on Monday, which of course I jumped at. She got me on the list to go with her to Milwaukee to see Helmet and I think L7 on the way back. I vividly remember asking her if the guy I had been filling in for was ever going to come back and she said, “No, if you want to continue doing the show it’s yours.”

This is where it got tricky. I was starting my senior year of high school. I went home and told my parents that I’d gotten offered a permanent time-slot on Mondays from 2 AM to 5 AM. The first question was what about school. I said that I would make it to school and not miss a day. I was told that I should probably go talk to the principal and explain to him the opportunity that I had been given.

We are now one week before school starts and I set up a meeting to speak with the principal. I was honestly extremely nervous, but  he actually said ,”If you don’t do this you, will regret it”, and that he knew I would not miss a day.

The following Wednesday when I was helping produce the morning news show, I stuck around to tell Sybil that I would take the time-slot she had offered. Once all that was settled I had nothing to do so I just hung out at the station, which was pretty much the norm. Since I was there I got roped into helping produce the evening news show In Our Back Yard. At the end of that show, they always announced the people who had helped put it together, and one night one of the old producers by the name of Rob Ferret said, “Our board operator is Lucas, the Prince of Darkness”,  and it’s stuck!

And, yes, they had to explain to me the irony, all about Lucas electric! 🙂